October 22, 1:30 p.m.-4:00 p.m. Eastern – Online via Zoom (If you’re not on our mailing list, use the form here to add yourself so you will get the Zoom link and any updates about this meeting.)

This meeting will be recorded, and the recording link will be shared in the following month’s eQuill newsletter. 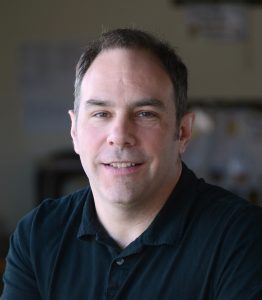 There was a television show in the 1980’s called The Greatest American Hero. It was about a man who received a suit from aliens that conferred upon him superpowers, but in the process of transfer, he lost the instruction guide. As a result, his ability to use these powers is limited. No one tells him how to be a superhero.

Matt has often thought of writing as similar. It’s a craft and a career without a rule book. Even after graduating from Trinity College with a degree in English and Creative Writing, he felt ill-equipped to launch his career as an author. Two decades later, he’s published seven novels and two books of nonfiction with Doubleday, St. Martin’s Press, and New World Library. He writes the humor column for Seasons magazine and a weekly column for Slate magazine. Matt has written comics books for Double Take Comics and written and produced a rock opera and three musicals.

But he still feels like he doesn’t know what he’s doing much of the time. The world of literary agents, film agents, publishers, and publicists still baffles him from time to time, but the one area of writing where he feels like he has a good understanding is the daily life of a successful writer, including idea generation, personal productivity, the positive habits of the writer, and staying positive in a world inherently filled with rejection. In this regard, at least, Matt has an instruction manual worth offering. It won’t turn you into the Greatest American Hero, but it will help you get closer to achieving your goals.

Matthew Dicks is an elementary school teacher, columnist, and internationally bestselling author of several novels including The Other Mother Memoirs of an 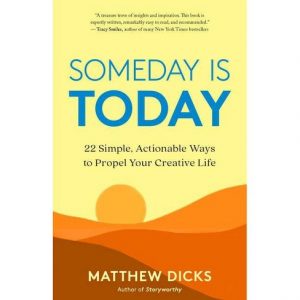 Imaginary Friend, and Twenty-one Truths About Love, as well as the nonfiction titles Storyworthy: Engage, Teach, Persuade, and Change Your Life Through the Power of Storytelling and Someday Is Today: 22 simple, actionable ways to propel your creative life.

Matthew is a record 54-time Moth StorySLAM and 7-time GrandSLAM champion who has performed for audiences around the globe. He’s the founder of Speak Up, a Hartford-based storytelling organization. He teaches public speaking and storytelling to corporations, universities, politicians, advertising agencies, the clergy, and many more.